Today I was wrestling with MailChimp to create an email campaign. I had used Constant Contact and Aweber, but not MailChimp before. I was so incredibly frustrated having spent a couple of hours trying to insert photos. In the end I had to walk away and take a breather.

Yes, that bad. (Or at least I thought so at the time.)

Then tonight while watching a couple of videos on YouTube I came across this clip. It gives a short but incredibly powerful look into a key moment in Olympian Derek Redmond’s life.

You have to watch this right now.

The agony and courage that Derek shows brought tears to my eyes. Even when his father gave him an out, Derek insisted on finishing the race.

This is the level of courage and perseverance we MUST have if we are to be successful and achieve our goals. What seemed a drama for me with MailChimp doesn’t register in comparison. (Turns out it was an Internet Explorer glitch).

Pushing through and finishing the email campaign was satisfying and a relief but watching this video reminded me what a tiny, tiny, tiny blip this was on the way to achieving my goals.

Derek trained for hours every day from the age of seven for that moment. It was meant to be his Olympic Gold Medal.

Thousands of hours pushing himself to the edge.

He might not have got a medal that day for his efforts but in the eyes of the crowd he won gold. Finishing the 400 metres was a victory possibly greater than the ultimate result he had trained for. 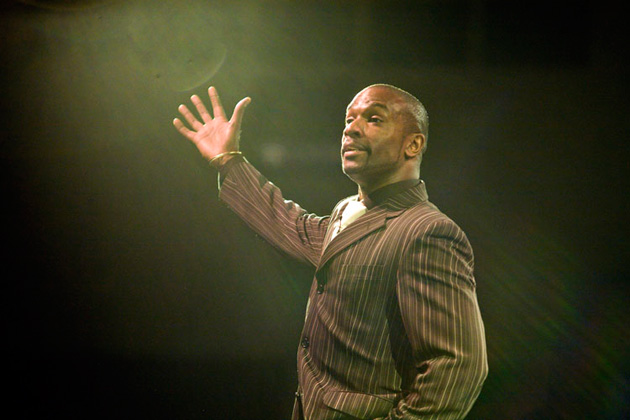 I feel ashamed for the song and dance I went on for something so simple. A couple of hours out of my life.

The video made me question:

Am I serious about my goals? Am I willing to sacrifice whatever is necessary?

I want to ask you.

Are you willing to give 150% to reaching your pinnacle?

Are you prepared to never, ever give up?

Derek went on to represent the UK in basketball and play rubgy in the highest UK division. His is a motivational speaker and has worked as a director of UK Athletics.

Tell me about your goals and what your prepared to give up in return in the comments. Let’s really push each other.

2 Responses to Never, Ever Give Up!